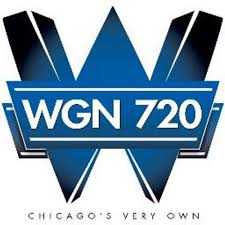 Karma–believe in it? This book was written by a man fulfilling his karma.

when  he was confined to bed while running the gamut of childhood illnesses.

as a present for his ailing son.   Some ­thing about the then-new rock-and-roll

opening up a whole new world that he just had to explore.

As time and illness passed, Wayne accumulated more and more 45s and was soon thoroughly caught

up in the excitement of Elvis, the Beatles, and the many individuals who followed them to achieve rock-

legend status.   But it wasn’t just the legends; it was the music that was important.   And as Wayne soon

discovered, unlike Elvis and company, many of those who made some of the most memorable music

that found its way into the upper reaches of the charts were able to accomplish that feat only once.

As an adult, Wayne might have left his childhood toys behind but not his records.   He continued to

matured into a man who is capable of making extraordinary sacrifices for his wife, Charlene (make

that “Saint Charlene”).   Why, just recently, he allowed one complete room of their house to be totally

without records, and he gets the shakes only a little when he walks through it quickly.

For the past several years, starting shortly after the publication of the first edition of One Hit Wonders,

Wayne has been a monthly guest on our radio show.   We’ve come to understand that this is a man who

doesn’t just write about and enjoy the artists and the music; he is PASSIONATE about them.   He wonders

about the stories–the hows, the whys, the accidents, the jokes, the loves, the frustrations –whatever it was

that resulted in that one hit.   Somewhere in the deep recesses of Wayne’s mind there is probably a juke-

box that needs this information in order to be able to play the final chorus of each song.

This book is the result of Wayne’s fascination with the music and the people who made it.   These are the

stories of those who had a single moment in the spot ­light.   In a way, this book is also a diary of Wayne’s

passion and the artists who supplied the soundtrack to it.   If you are a child of any of the rock-and-roll

generations, then this soundtrack is yours, too.   So, sit back, relax, pop a quarter into the jukebox of

your mind, and let the pages, the records, and the memories start turning.